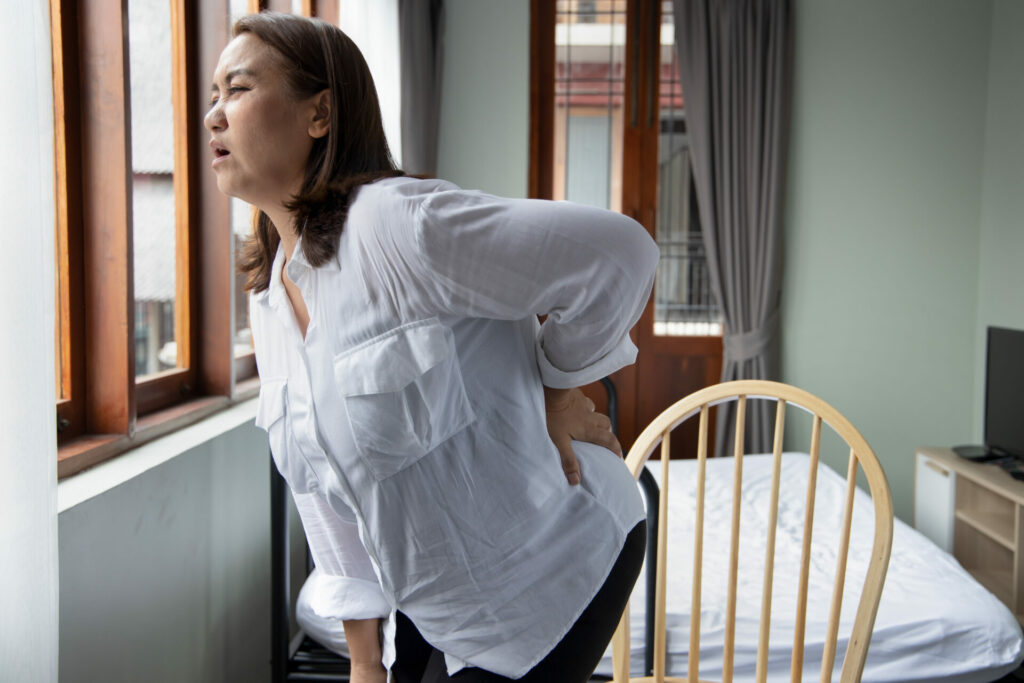 A Spinal disc herniation (prolapsus disci intervertebralis) is a medical condition affecting the spine in which a tear in the outer, fibrous ring (annulus fibrosus) of an intervertebral disc (discus intervertebralis) allows the soft, central portion (nucleus pulposus) to bulge out beyond the damaged outer rings. Disc herniations are normally a further development of a previously existing disc “protrusion”, a condition in which the outermost layers of the annulus fibrosus are still intact, but can bulge when the disc is under pressure. In contrast to a herniation, none of the nucleus pulposus escapes beyond the outer layers.

Symptoms of a herniated disc can vary depending on the location of the herniation and the types of soft tissue that become involved. They can range from little or no pain if the disc is the only tissue injured, to severe and unrelenting neck or lower back pain that will radiate into the regions served by affected nerve roots that are irritated or impinged by the herniated material. Often, herniated discs are not diagnosed immediately, as the patients come with undefined pains in the thighs, knees, or feet. Other symptoms may include sensory changes such as numbness, tingling, muscular weakness, paralysis, paresthesia, and affection of reflexes. If the herniated disc is in the lumbar region the patient may also experience sciatica due to irritation of one of the nerve roots of the sciatic nerve. Unlike a pulsating pain or pain that comes and goes, which can be caused by muscle spasm, pain from a herniated disc is usually continuous or at least is continuous in a specific position of the body. It is possible to have a herniated disc without any pain or noticeable symptoms, depending on its location. If the extruded nucleus pulposus material doesn’t press on soft tissues or nerves, it may not cause any symptoms.